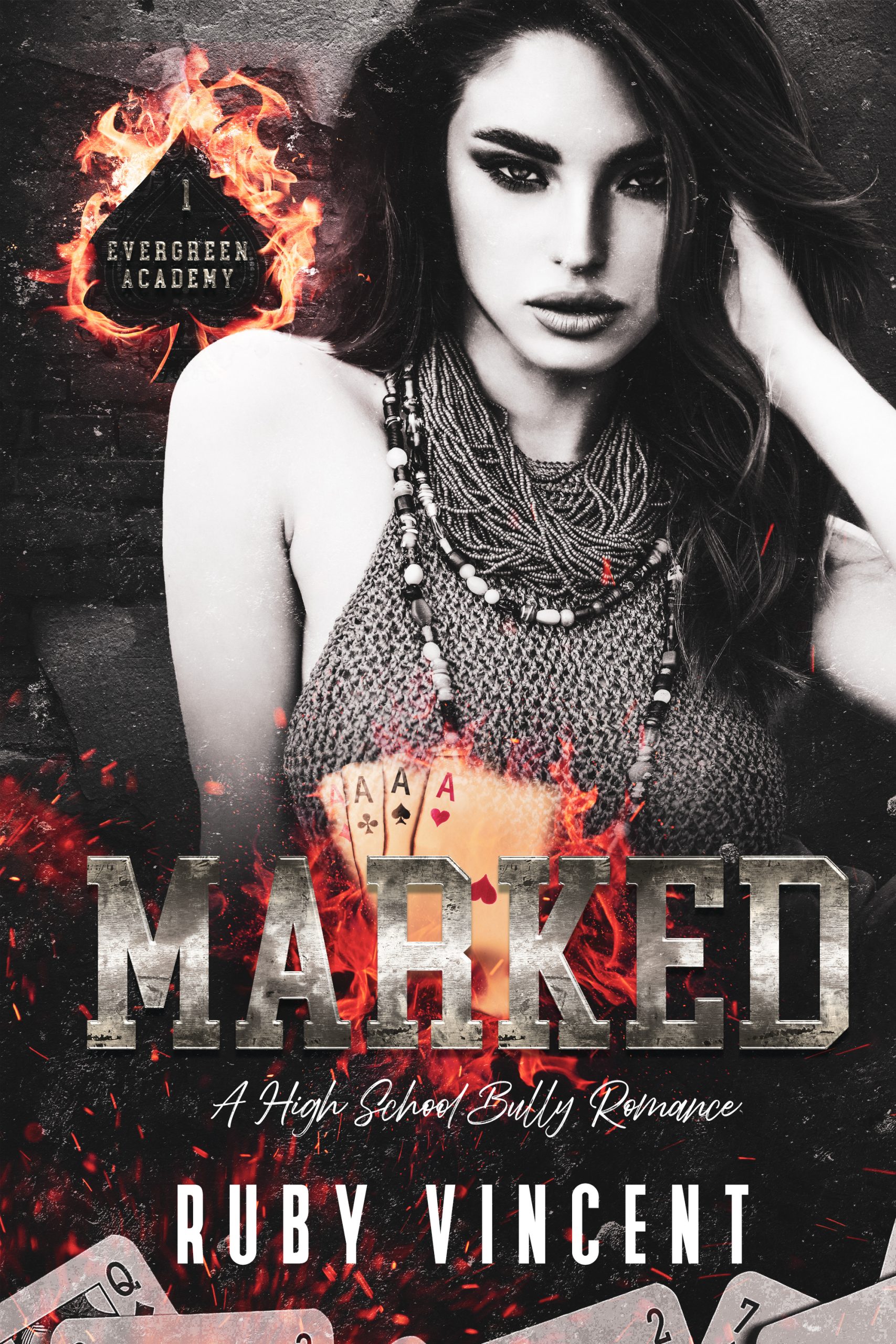 Evergreen Academy was meant to be my fresh start. My hair was on point. My skin was flawless. And now I wore the hell out of my clothes instead of hiding them.

Even running into Ryder hadn’t thrown me. So what that the silver-eyed devil who tormented me for years now ruled my new school with a band of boys everyone called the Knights. The four of them were devastatingly rich, enviously handsome… and heartbreakingly cruel.

But the Evergreen Knights didn’t scare me. I had my own plans and no reason to enter their little world… until one fateful night and a masquerade ball changed everything.

Marked is a reverse harem high school bully romance with a sweet tinge of mystery. This is book one in the series and features language, dark themes, and sexual scenes.