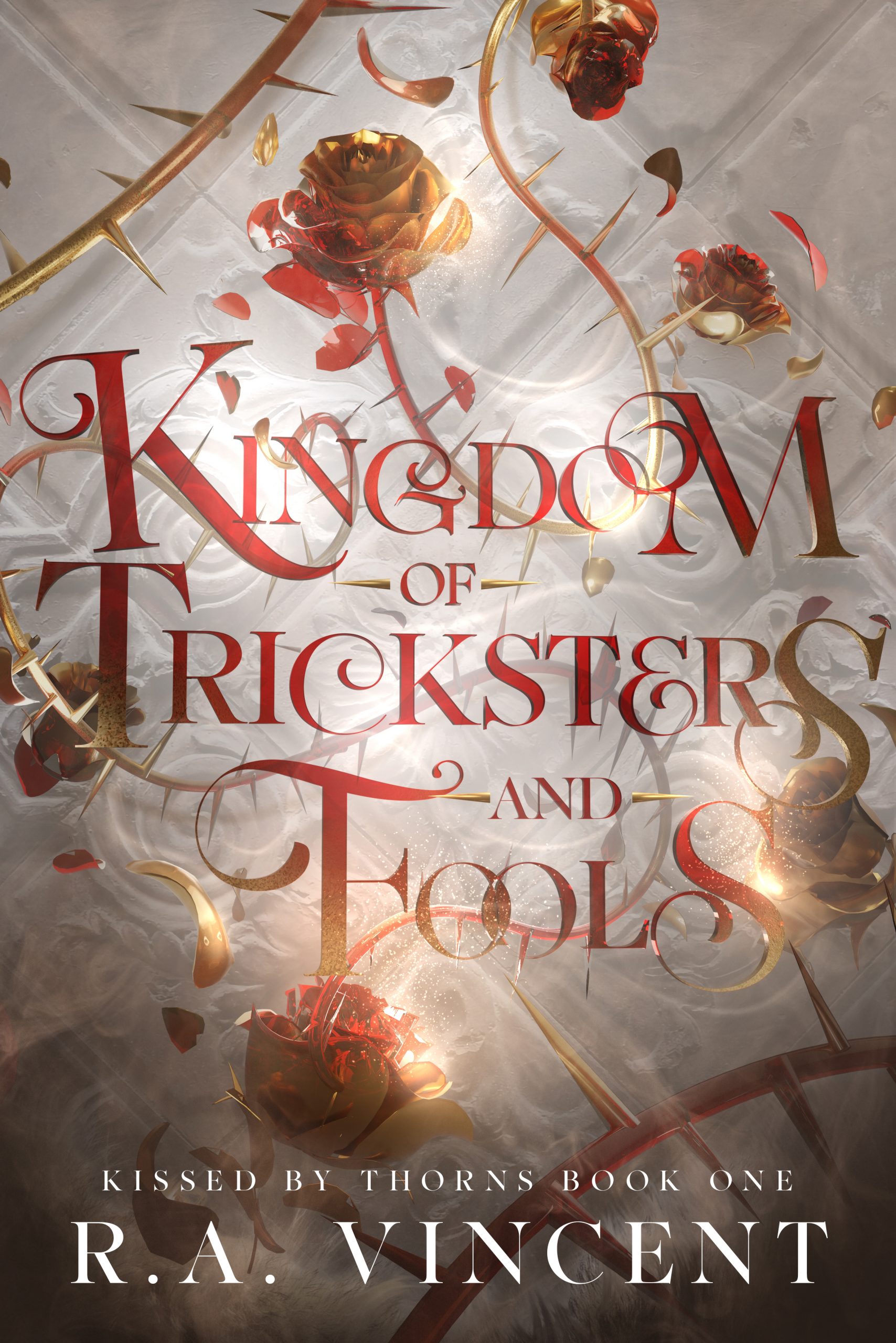 Princess Emiana is beauty and grace itself. Raised in refinement, nursed in tradition, and fashioned into the perfect bride for the shadowed fae King of Wind and Wild.

Too bad that b*tch ain’t me.
She captured me, cursed me, and forced me to marry in her place.
Now the king has me in his hold.

More beast than man, by day he fashions me a prison of bark and earth. At night, he takes me like a wild animal—his bride and mate till the world burns down around us.

I can’t tell him who I truly am. I can’t warn him of what’s coming. But as deadly plots come to bear and war looms on the horizon, I get the feeling that imposter or not…

Kingdom of Tricksters and Fools is the first book in a M/F fantasy romance series.