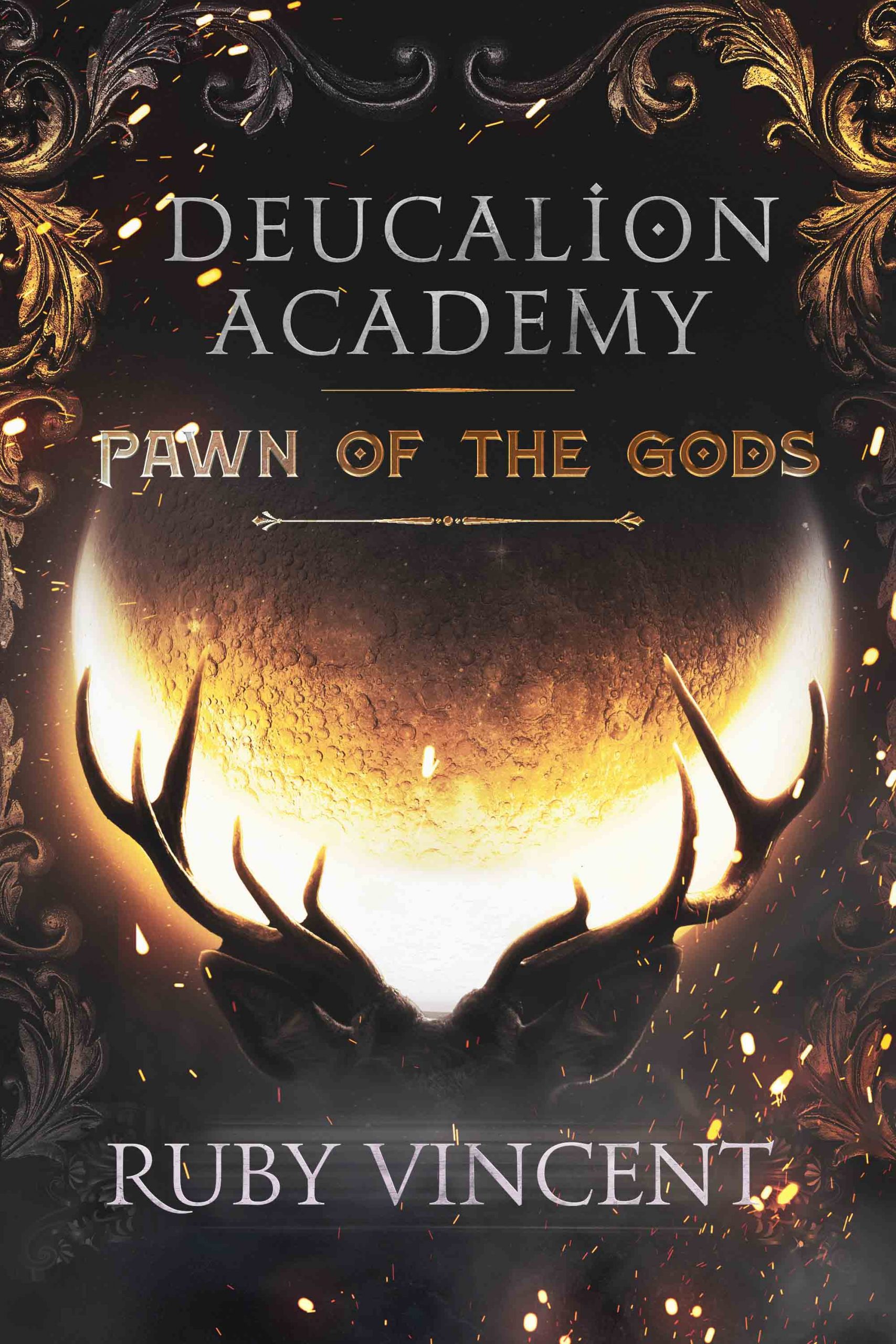 We’re at war from the day we’re born, and every demigod must fight.

When the border watchers catch me trying to flee Olympia, they give me two choices: I can either report for training at Deucalion Academy, or swing from the coward’s noose.

I chose the noose. My captors chose the most brutal institution in all five dominions.

In the academy, power and ferocity are held above all. So you can imagine how popular it made me when, on my first day, I got our strongest demigod warrior killed.

The entire school, from the students to the headmaster, hates me. It’s nothing but their pleasure to destroy the stupid fool who lost our only advantage in a war we’re not winning.

They should destroy me for their own sake and mine.

Something was done to me. A god’s curse is warping my powers and turning me into a creature deadlier than we’ve ever faced. Unless the divine betrayer holding my chains is stopped, all the monsters of Olympia mean nothing.

The one who’ll lay waste to our land and wipe the demigods from existence… is me.

Pawn Of The Gods is the first in a paranormal M/F romance series. Buckle up for wickedly handsome demigods, ancient plots, the worst monsters of legend, and the one girl in the middle of it all.

Pawn of Gods is available now! Read for Free with

#PreOrder Alert! The Bedlam Boys will be back soo